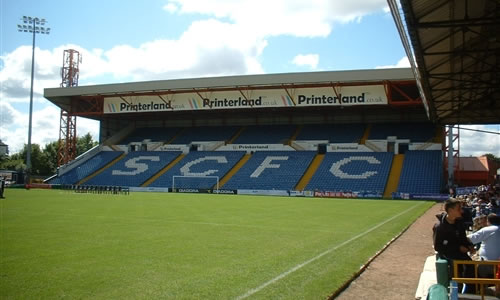 The new season got off to the perfect start today, as manager Neil Young took charge of the Hatters for his first competitive game after being appointed as Alan Lord’s replacement in the summer. Young saw his side record a 2-1 win over promotion hopefuls Boston United at a sun drenched Edgeley Park.

Wholesale changes have been made to the playing squad at Edgeley Park over the summer as the County board aim to secure promotion back to the top tier of none league football at the third time of asking, and no fewer than 10 players made their debuts in today’s game with only keeper Danny Hurst playing from last season’s squad.

Boston United arrived in SK3 hopeful of emulating last years League campaign when they finished 3rd and missed out on promotion following a play-off semi-final defeat against Chorley, and Dennis Greene’s side are once against expected to challenge at the top end of the table so the game would be a stern test as we aimed to record our first win on the opening day of the season since the 2012/13 season.

Both teams had very good chances to open the scoring before Glenn Rule scored County’s first goal of the new season as he scored a diving header following a low cross from Kayode Odejayi. A spell of pressure from the Pilgrims in the second half saw them draw level in the 59 th minute, as last season’s leading scorer Dayle Southwell fired home after home keeper Danny Hurst had parried one effort from Mark Jones.

County secured maximum points in the 69th minute when midfielder Joe Garvin opened his account for the season with a strike from around 30-yards out which young keeper Henrich Ravas will perhaps feel he should have done better with, and substitute Lamin Colley should have made the game safe in the closing stages but instead he fired over when well placed in the Boston penalty area which made for a nervy end to proceedings.

The victory over the Pilgrims makes up for the 4-1 defeat that we suffered at their hands on the opening day of the 2013/14 season and sets us up nicely for Tuesday’s trip to Moston where we take on FC United of Manchester at Broadhurst Park.

Today’s attendance of 3,396 which included 179 visiting fans was of course the highest in the Division which is again a credit to the people of Stockport as we compete in the 6th tier of English football. 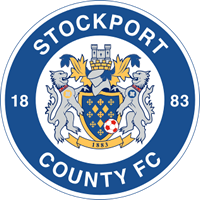